The store will not work correctly in the case when cookies are disabled.
Need Help with your Purchase? Call 01387 263689
Menu

Be the first to review this product 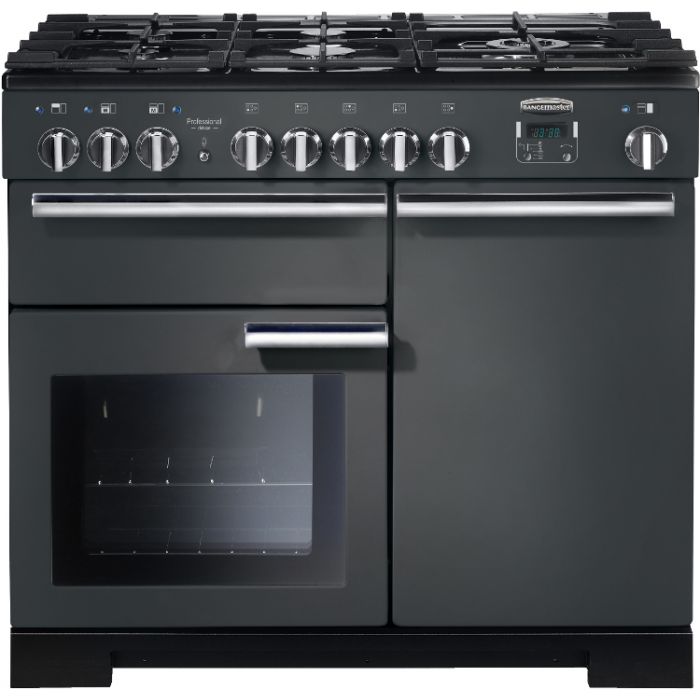 This multifunction oven has Rapid Response™ to reduce heat up time by 30%, so there’s no need to wait around before cooking. This oven also has several extremely effective features to help you to keep it clean, including: catalytic liners, which absorb fat and steam to be deposited at the base for easy removal; SpillGuard™ technology to contain any spills and Steadfast™ pan supports help to prevent spills from occurring.

Grilling and roasting, either fan-assisted or conventionally, frying, boiling and browning can all be done on multiple levels with this appliance.
Two ovens, one of which is multi-function, and a grill compartment allow for a wealth of options that would satisfy most budding chefs.
The multi-function oven, with a usable capacity of 73 litres, hots up from the top and the base, a conventional method, which can produce great results for baking pastries, cakes and biscuits.
Browning and base heat only capabilities are on hand when required along with a fanned oven and grill, plus a defrost setting that circulates cold air only.
The Rapid Response function pre-heats the oven at a much faster rate than normal models and will switch itself off when the desired temperature is reached.
The second oven has a capacity of 82 litres. It's electric, tall and fanned, so hot air will circulate continuously around the cavity for swift and even cooking.
The separate grill is dual circuit, so the full area or just the centre section can be used, and has a glide-out pan carriage with a trivet.
A gas element is found on the five-burner hob, each of with are backed up by Steadfast cast iron supports, which includes a wok station that accommodates large pans.
The power of the heating elements varies from one kWh to 3.5 kWh with one small, two medium, a large and an extra large hob to choose from.
Controls, for every area, are handled by dials and there's a push-button LCD clock, which doubles up as a programmable timer.
The two ovens are A rated for energy efficiency, so won't cost the earth in bills. Each interior is so easy to clean, too, thanks to enamel liners that effectively absorb grease.
Technical Specification
Product code: 105930
Colour - Slate with Chrome Trim
Number of Ovens - 2 (Electric)
Number of Burners - 5
Capacity (Usable Litres) - Left 73/Right 82
Electrical Connection - Hard Wired